How to hook up on a plane 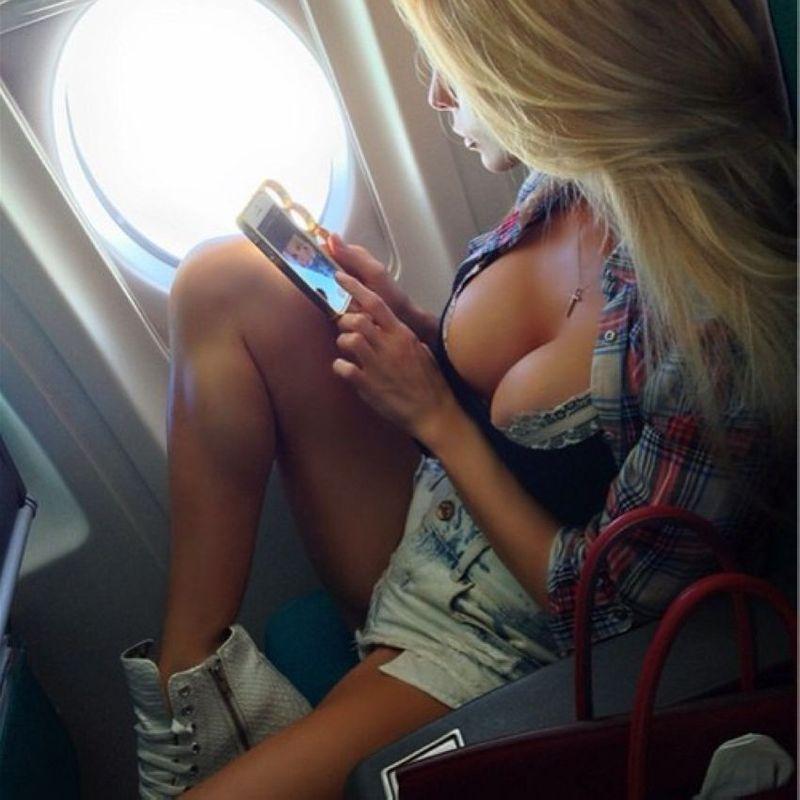 This is the real life story of how I got a hook up on an airplane. So I was flying to the UK via Mombai (Bombay), and when strolling down the aisle I spotted a good looking girl from the Netherlands. Planes are brilliant places to get talking to people, everyone is just killing time, and so anything you do comes across as interesting and engaging! I love speaking to people on planes. So I got chatting to this girl, not for long, just a short 10 minutes or so.

When going through security I saw her again, turned out she was getting the same transfer plane as me, so I asked her to join me for an Indian tea, This was kinda like doing an instant date. We really hit it off. She was a really fun girl, with a great sense of humor and a brilliant pair of personalities if you get what I am saying. We joked, chatted, talked. We wondered around the shops, we took a selfies at the “selfie machine” that was in the airport, then we boarded the flight. I said I would come find her later.

A couple of hours later (I had to watch a film first!) I wondered down the aisle and found her. The plane was half empty so I sat next to her and flirted for a while. After an hour I knew that I was totally going to take her out when we landed in London together and the hook up was **on**. Then disaster struck! Turned out she was changing planes again from London and flying back to the Neatherlands! In a blink of an eye my guaranteed hook up vanished before my eyes! I was really disappointed.... then I realised that it was not too late. I was on the plane, she was on the plane, we were physically next to each other and if there was ever a moment to seize the day, it was then!

In a fit of wild inspiration, I decided we should build a blanket fort at the back of the plane old school. I went and stole blankets and pillows, we then built our little den... and suddenly we had privacy and WAM we were kissing. My hands were all over her, and with clear permission from her before I knew it they were up her shirt and against her skin. The excitement was intense and I was so turned on. We messed about in our blanket fort at an altitude of something whilst moving at XXX miles per hour, and it was one of the most surprising hook ups of my life. Whilst we didn’t have sex, we did do a lot of other stuff that was just as good given where we were!!!!

The lesson? A good hook up can happen anywhere, you just need to stay open to it.

- Written by a guest poster, who wishes to remain anonymous.